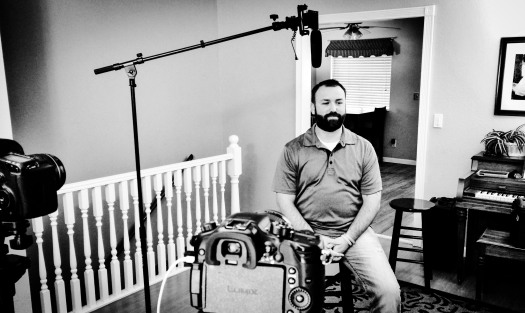 In the Army from day one we learn the Army Values:

Loyalty – Bear true faith and allegiance to the US Constitution, the Army, your unit and other Soldiers.

Respect – Treat people as they should be treated.

Selfless Service – Put the welfare of the nation, the Army and our subordinates before your own.

Honor – Live up to the Army Values.

Since being medically discharged in 2009 these Values have never escaped my mind. I live by them everyday. In everything I do I can contest that I either learned it from my military service or was given these values to succeed. My Loyalty will always be to God, Country, My Family, and my fellow soldiers. I will stay vigilante and loyal to those that have sacrificed for our country. No matter what branch of the military you are affiliated with. My Duty lies before me to be a Veteran and to be an example of what a Veteran is. Someone that continues to fight for what is legally and morally right and to never forget what those before me and after me have sacrificed for me and my family. My Respect lies with those that have served before me and after me and to all the Veterans who wear that name everyday. It also lies with those that fight each day to make Veterans lives better and fight to give us the health care we deserve. Selfless Service is what I do everyday, give back to my community, provide anything to those that fight for Veterans and even make video appearances to try and give the Veterans a voice and a face. Honor to me isn’t just living up the Army Values, but to live up to the sacrifices that have been made to make sure I am here to have the freedom to try and make a difference. Honor those that have sacrificed for these values. Integrity is a life lesson. We should all live a live free of dis trust. We should do what is right whether someone is looking or not. Integrity should be something we strive for everyday because with it bring trust and with trust a better relationship is formed. Personal Courage, face fear of dying at the hands of those that are supposed to be saving us. Face danger from those that are supposed to be doing the right thing, and overcoming adversity of scandals and those that don’t care about us. My Personal Courage is to do what I have to too affect enough people to wake them up to affectively make changes.

The Army Values are instilled in Soldiers from the first day. Whether you truly live by them is up to the soldiers, but every solider knows them. I guess the major issue with me is that many of the VA employees are previous military personal who were taught these values and they weren’t used, because if they were, this scandal wouldn’t have happened. I was asked today at my shoot if what has happened at the PHX VA personally affected me. Your damn right it did (excuse the language). It has pierced a hole in my heart. No true soldier wants to die in a hospital or at home. They would rather die on the battle field defending their country, but instead countless soldiers were killed because of wait times. We have lost so many soldiers because of PTSD suicides that it truly makes the War in Iraqi a complete waste of time. The mere fact that soldiers survived IED’s, Mortars, Small Arms fire, to come home and die because of the careless acts of those at the VA Hospital. It sickens me to think that no one has been held accountable for purposely killing American Soldiers. Covered by Federal Law, no one will be held accountable, it will go down in history as a malpractice, no wonder why Soldiers can’t sue the VA.

As I call this scandal the “Silent Vietnam”, it reminds me of the stories from Vietnam Veterans returning from war and being called baby killers and being shunned by society, except now we doing behind closed doors killing Veterans off one at a time and now one really cares. At least that is how I an many other Veterans feel. After all the sacrifices we have made no one is sacrifices for us. Its a turn of the tables as you might say. But as many Americans today really don’t care. They are in this bubble of, if it doesn’t affect me then its not my problem. That is why so many American’s didn’t want the Iraqi war and why so many wanted to leave and now look what we are dealing with. It may not affect you now, but your actions now will affect you later. If I have learned anything about life in my 33 years, I have learned that your actions always come back around. Nothing you do in this life will never be unseen, because not only is God watching, but the world will one day know.

So as I end this blog I will share about the picture above. Today I held myself accountable and provided loyalty to my country. I went in front of the camera to speak to the American people and congress to tell them how I feel and not just how I feel, but what it means to me to see what is happening with our Veterans. Because my true feeling can’t be read, but only seen. I showed integrity and showed loyalty to my country and fellow Veterans, Showed respect to those on the other side of the camera, fulfilled my duty as a Veteran to speak for my fellow comrades, provided selfless service to my country to help those that need help, and personal courage to speak before those with higher authority over me to tell them what they are doing wrong. In 30 minutes this morning I was able to effectively live the Army Values, why can’t every soldier or Veteran. Maybe that is what is needed. The VA needs core values to be held accountable too. Maybe they need to be re-educated to understand what it means to be a Veteran and what it means to be an American.

I hope my Video makes a difference and whether it does or not, I won’t give up until change happens and even then I will be vigilante in my pursuit in changing the VA for future Veterans. No matter what organization I have to work with, not matter how many hours I have to work I will not falter, I will not give up. I leave you with the Warrior Ethos, what soldiers live by each day:

I will always place the mission first

I will not accept defeat

I will never quit

I will never leave a fallen comrade

Hey PHX VA….live by these each day and you may save a life instead of killing our hero’s!!!!!!